What is Media Bypass?

Media bypass allows the media to go around the SBC or in other applications the B2BUA between two end points. The main reason to impliment this is to have the media flow directly between the two devices. This can be useful if the two devices are at the same physical location and the SBC is at another location. In this case the two phones can stream media directly; allowing the RTP (audio) to not have to go over the internet.

The limiations of this are that the two devices have to be able to be on networks which are fully routable. This means there can not be a NAT between the two devices; if so it is always best to allow the SBC (or B2BUA) to have full control over the media.

In most applications with the SBC you will not use this function. The reason is normally NAT is involved and this will prevent the media from routing.

1) This is an example of media going through the SBC. This is the normal and typical use case. Most SBC installations will use this setting; this is the default configuration.

-> The red arrows indicate the RTP traffic is going through the SBC. 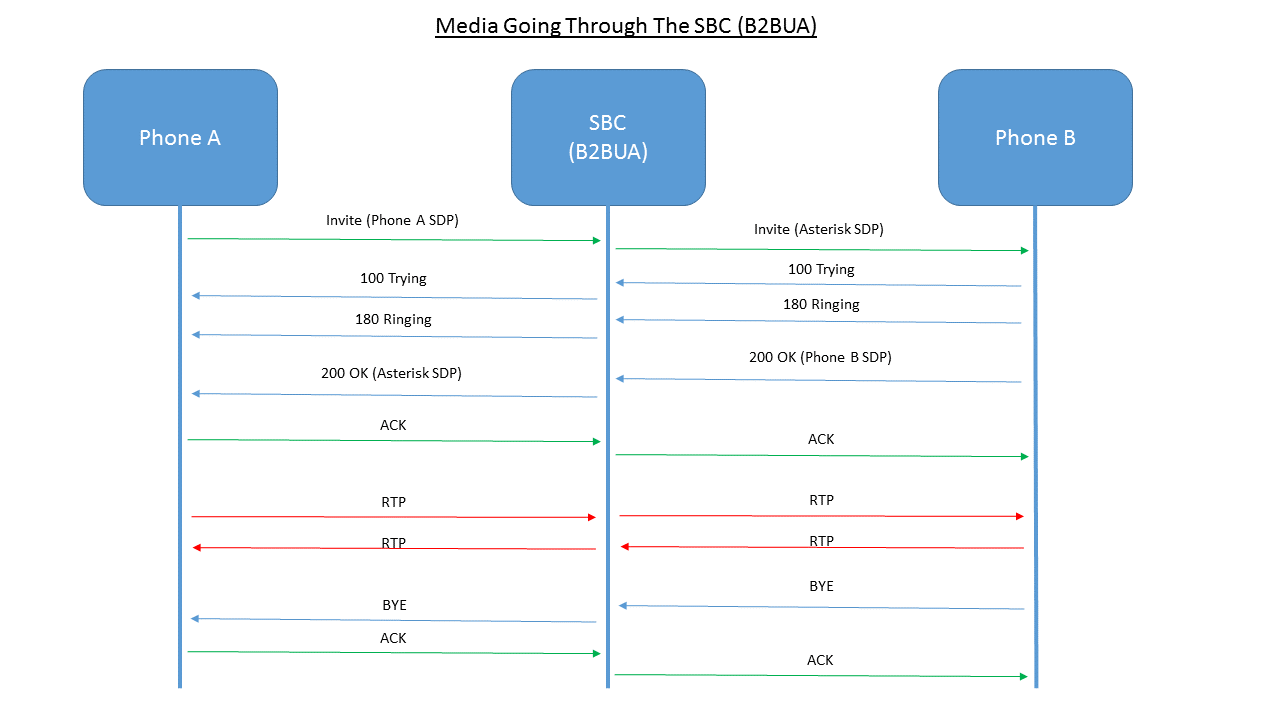 2) This is an example of media going around the SBC. This is only used in cases where you want the RTP to go directly between Phone A and Phone B.

-> The red arrows indicate the RTP traffic is going direct between each of the phones. 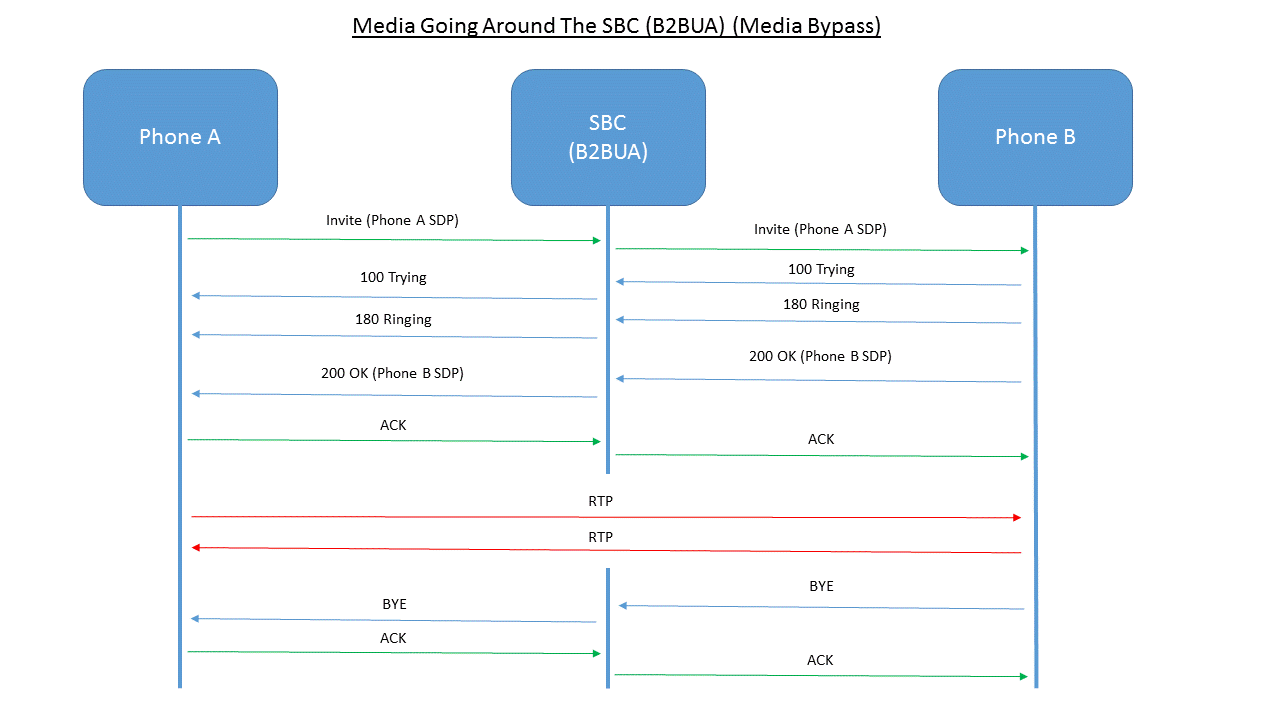