This document will guide you through the process of configuring a Remote Survivability solution using the Enhanced Network Proxy (ENP) feature in the Vega Gateway to work with Switchvox and the Digium Phones.

At times there calls for a solution that provide simple VoIP Phone Survivability where Phones can continue basic PSTN calling and local calling, should the PBX fail, or any broadband connection fail, resulting in a loss of connection and communication between the Phones and the PBX.  In this document, the example when there is a Remote Office, where there are several Digium Phones, and a Analog Station connected over the Internet to the Main Office where the Switchvox is located.  There is a Vega Gateway connected to the PSTN, either over FXO or T1/E1.  Also connected to the Gateway is a FXS Analog Station.  The Vega Gateway is configured to operate with the Switchvox to deliver Trunking and Analog Station solutions.  This document will focus on the Remote Survivablity configuration of the Vega Gateway, and requirements of the Switchvox and Digium Phone configuration to ensure that Digium phones can use the Vega Gateway in a Failover Mode.  This document will not discuss the configuration of the FXS Station, FXO Trunk and T1/E1 Trunk to the Switchvox, as there are other Wikis for this.

The two key aspects of this solution, 1) the Switchvox and Digium Phones ability to detect that there is communication problem between the Phone and the PBX, and then with use of the Alternate Host setting.  The Alternate Host is configured with the IP Address (or FQDN) of the Vega Gateway ENP feature, giving the Digium Phone an alternate location to REGISTER and send calls to.  2) The Vega Gateway ENP feature is used to accept the incoming REGISTERs and calls and direct both Inbound and Outbound Traffic to assigned Ports and Phones.  Analog and VoIP Phones can make use of the PSTN access as well as call each other.

Note: Digium D80 Phones do not support Alternate Host, thus do not work with this solution. (at the time this was written)

Note:  This example is for a Remote Office, very similar configuration is used if the Vega Gateway is co-located with the Switchvox.

Both Digium D60/62 and D65 Phones and the POTS Phones on the Vega Gateway will REGISTER to the Switchvox.  As these are Remote Phones, they will REGISTER to the WAN IP Address of the Firewall at the Main Office, the Firewall will Port Forward to the Switchvox.  DPMA Provisioning will also be forwarded to the Swtichvox.  An Alternate Host will also be configured to provide the Digium Phone the Vega Gateway IP Address to REGISTER to in the event of a Failure. 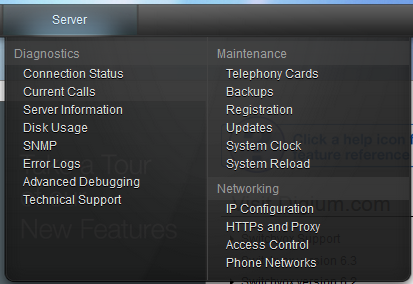 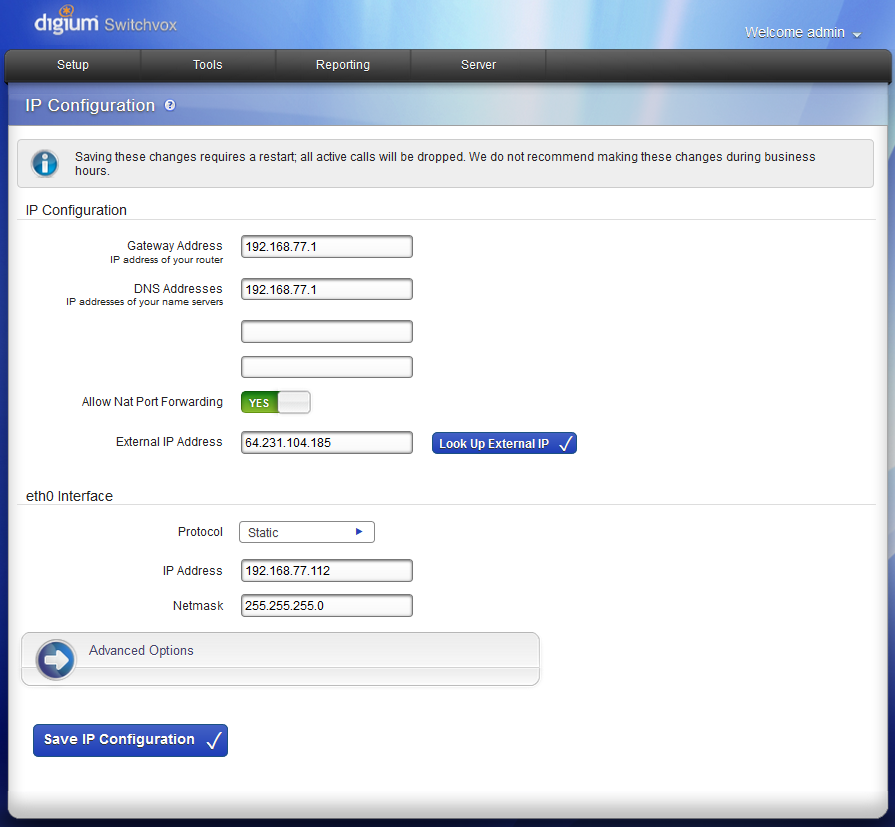 Under Phone Network - Modify - All Networks:

Note:  All Networks is modified as all the Remote Phones will come from outside the Internal LAN. 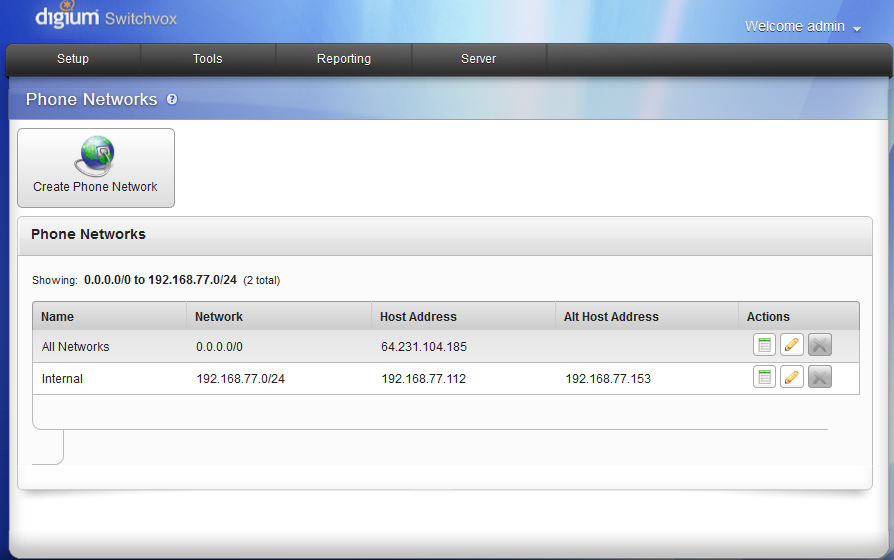 When modifying "All Networks" complete the following information: 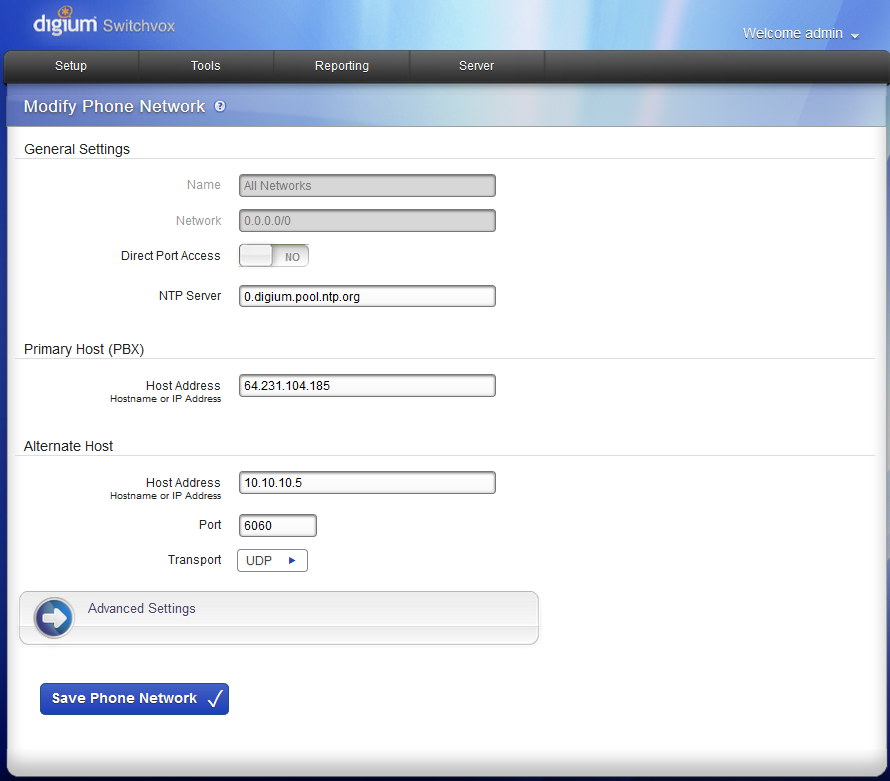 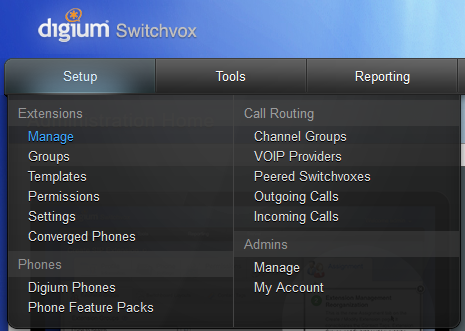 Modify the Extensions of only the D60/D62 and D65 Phones that are located at the Remote Office. 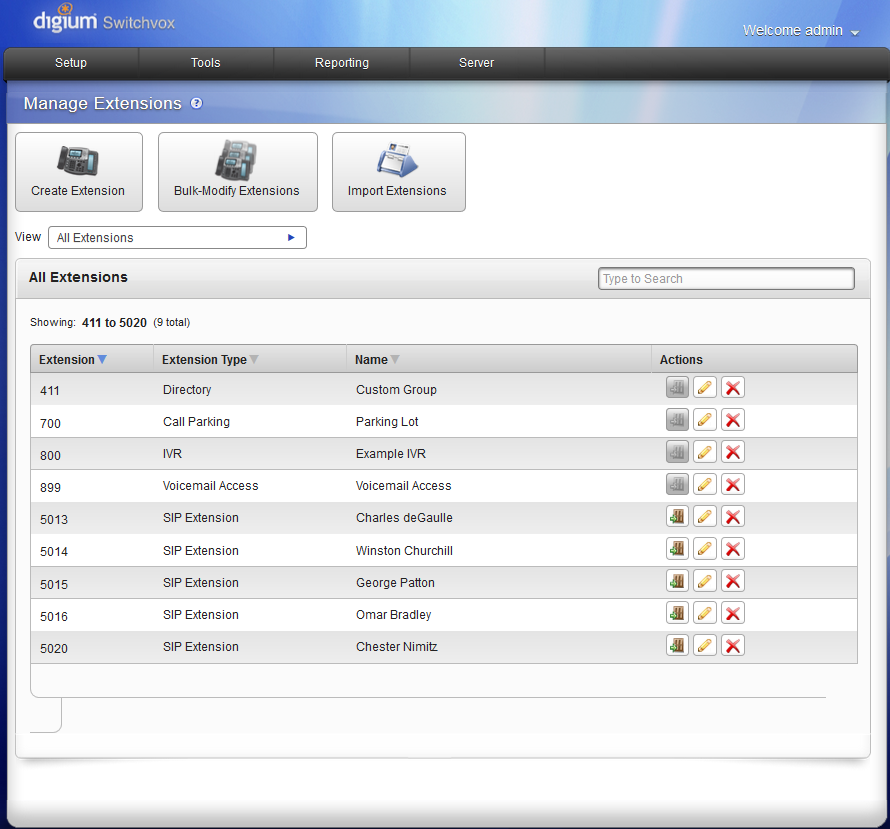 Note:  Record this password for entry into the Vega Gateway.  Make sure this password long and secure using a mix of alpha numeric and special characters. 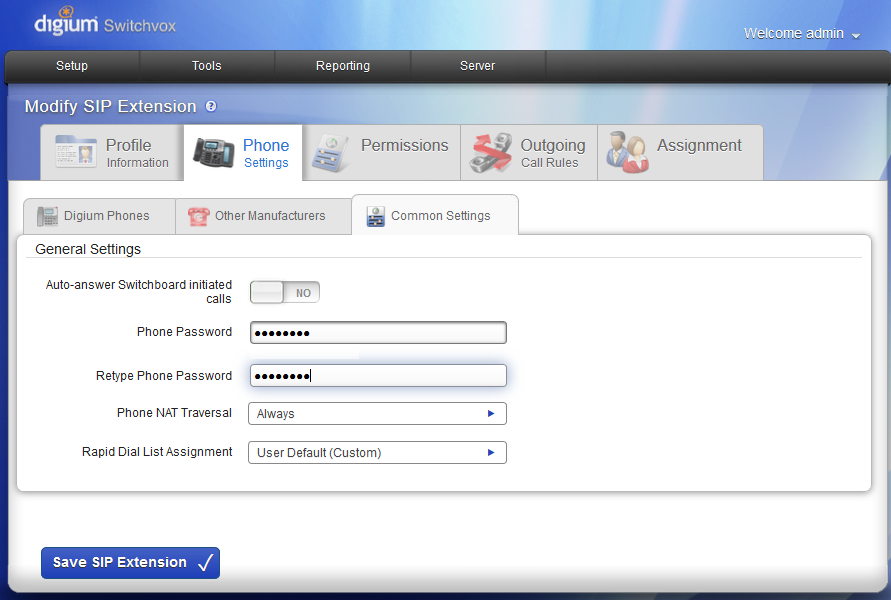 Note:  This is the same SIP Authentication Password that will need to be entered into the Vega Gateway FXS Port configuration. 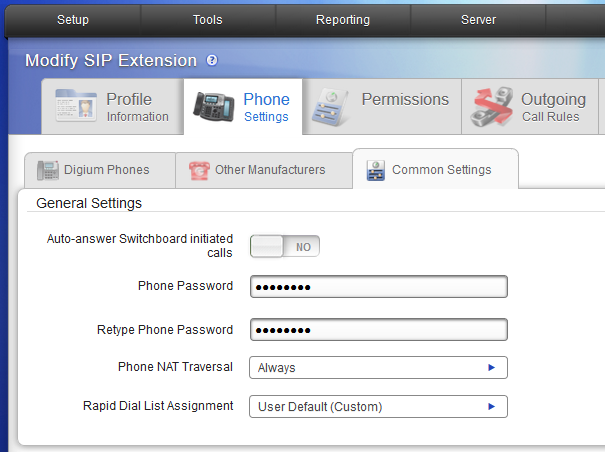 Prior to enabling the Remote Survivablity features on the Vega Gateway ENP, ensure that the FXS Stations, FXO and T1/E1 Trunking, and Digium Phones are completely operational.  Phones and Stations are registered, Trunking is working.

The following configuration applies to all variants of Vega Gateways. 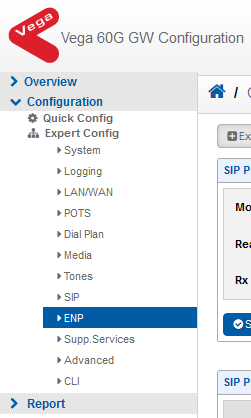 This section of ENP defines the ENP Mode, which is the core behavior of ENP, then SIP Realm, which is the SIP Domain, and the ENP Receive Port, which is different than the Gateway Port of the Vega Gateway and is used for the ENP feature. 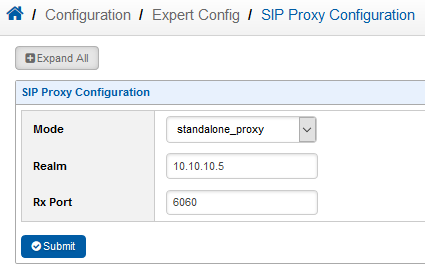 Two functions to this section

2) ENP Aliases for the Users.  These Aliases are the DIDs from the Gateway to route to individual extensions.

Note:  Repeat this step for each Digium D60/D62 and D65 phone on the Remote Office.

Note:  Here is a configuration example from the Vega Gateway Quick Config where the DID is configured for a FXO Port, This DID should be an Alias for a Phone under SIP Proxy Auth Users. 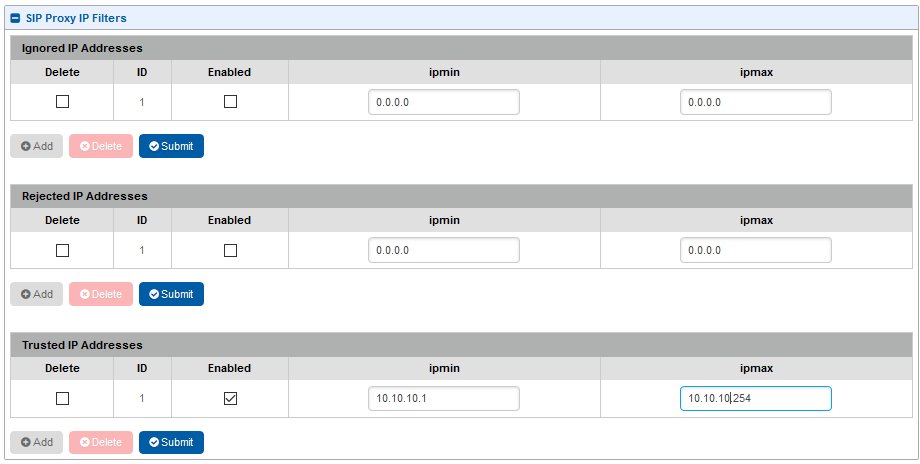 There are 2 types of trunk gateways.

The following settings, similar to SIP ITSP Proxies, is to test the accessibility of the PSTN Gateway.  Is there a PSTN Gateway available? 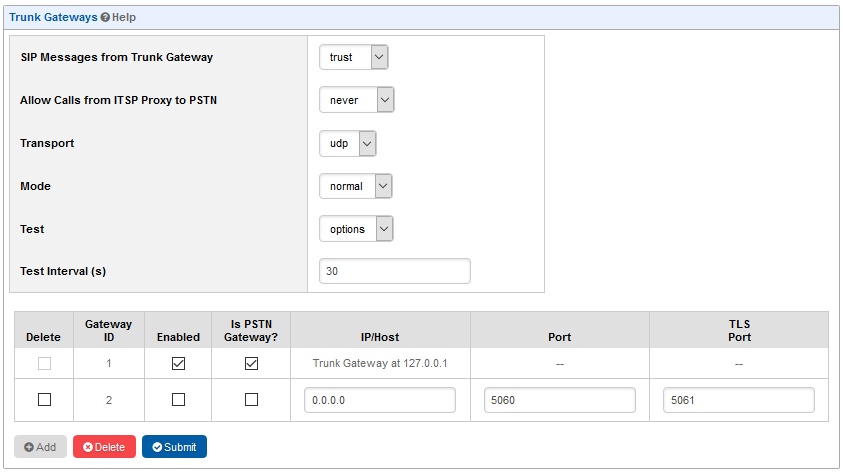 When in Failover Mode, the Digium Phones will start calling the ENP of the Vega Gateway.  A Dial Plan is needed to route calls to the Trunk Gateways defined in the previous step.

Calls matching the attributes are routed to the specified gateway(s) (whether ITSP is up or down).

You are done.  Press Save Configuration.

You will have to reboot as well when changing IP Addresses.