This page details the steps necessary to configure an SBC to work properly with D-Series phones and Switchvox.  These same steps can also be applied to D-Series phones operating outside of Switchvox, in a DPMA environment.

Below is a diagram showing example D-Series phones, an SBC, and a Switchvox system:

The specific configuration steps and examples will be provided below.

It is recommended to save after completing each step, and then apply the configuration after all parameters have been set.

Create and Edit the External profile

Ensure all the NAT rules are enabled exactly as shown below. This will ensure phones out on the internet behind NAT have no connectivity issues. Ensure Symmetric Response Routing is set to Force Always.

Create and Edit the Internal profile

Now that SIP MESSAGE and Call Routing and SIP Profiles have ben built, we need to create a SIP Trunk between the SBC and Switchvox.  To do this, we will first set some SIP trunk parameters, and we will then assign the Internal SIP Profile to use this new Trunk.

Having created the Trunk, we now need to create a Domain for the trunk - swvx_trunk.

From the SBC's Web UI Configuration/Signaling/Domains:

In the Domain's configuration, we need to perform three actions:

Next, we need to bind the domain to the External_swvx SIP Profile.

Having completed the above steps, you may now apply the configuration changes and start the SBC.  The SBC is now configured.

Next, you will need to configure the phones from within Switchvox.

The sections below describe the Switchvox settings involved if you have a Sangoma SBC, and D-Series Phones on remote networks. Switchvox version 7.3 is required.

Within Switchvox, the D-Series phones need to be told to relay their traffic through the SBC. To accomplish this, the phones are configured with an Outbound Proxy which is the address of the SBC.  From within Switchvox, this can be found in Server/Phone Networks.

For information on configuring the Outbound Proxy setting for phones that aren't attached to Switchvox, please see phone configuration documentation at https://www.wiki.asterisk.org

In your Phone Network items, remote networks should be instructed to use the SBC. This way, D-Series Phones will conduct all SIP interactions with the SBC, when the phone starts up on a network that's outside of your local network.

In the Switchvox Administrator web suite, navigate to Server > Phone Networks. For each Phone Network item that is for remote D-Series Phones, provide the SBC's information in the Outbound Proxy settings host and port.

1) In most cases select the 0.0.0.0/0 network, as this will be the settings for any undefined network. Since remote phones will come from my IP on the internet, then this is the rule to change. Edit this rule. 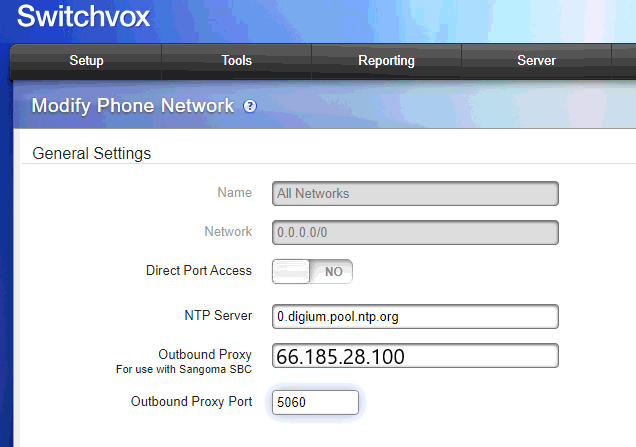 For each Access Control rule you have defined for a remote network where D-Series Phones will sit:

In your Access Control rules, include a rule for the SBC. Indicate its network address, and allow SIP service.

To verify that the phones are connected to Switchvox correctly, view Server>Connection Status> SIP Phones

From within this screen, you should see successful connection of phones to Switchvox.  Note that phones registering through the SBC will all appear to be registered via the SBC's internal address. 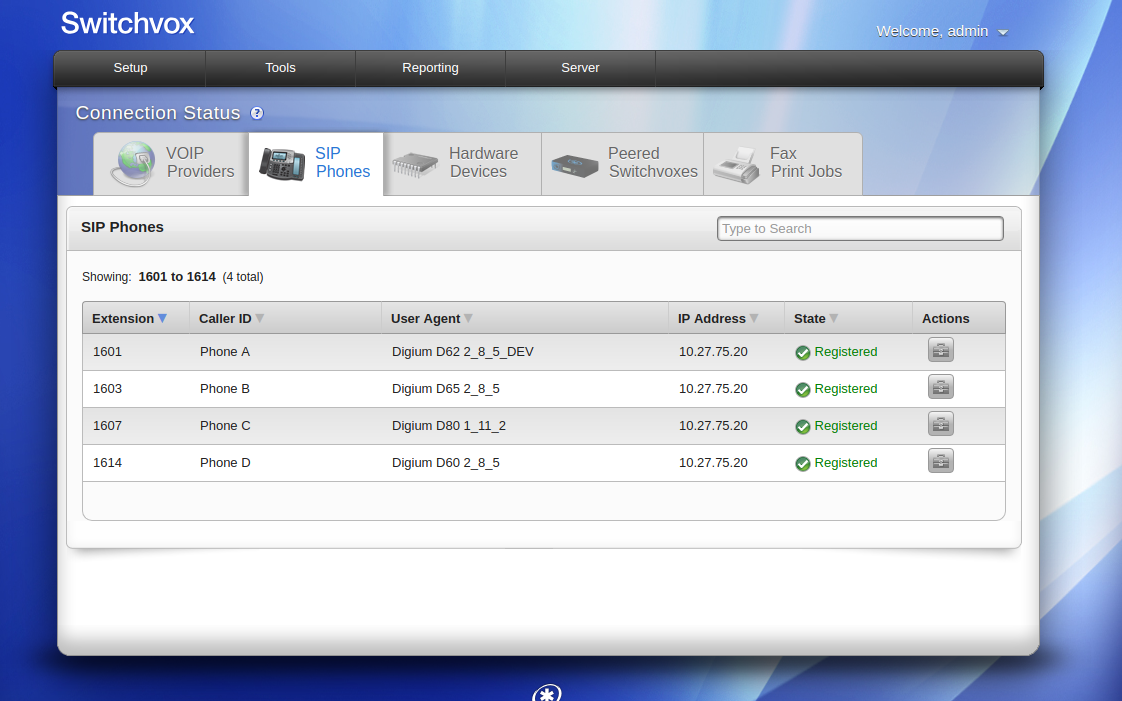